I think Mark Twain was onto something when he penned the above sentiment. Edinburgh and New Orleans opened up my eyes to so many new experiences. I can further say that one has not experienced Basel until they attend some of the Fasnacht activities.

My Fasnacht Experience and Moving In

Fasnacht took place during the three days of 11 through 13 March and it transformed this quiet city into a colourful, joyful and spirited party for three full days. We went in fully unprepared for what we were about to witness. 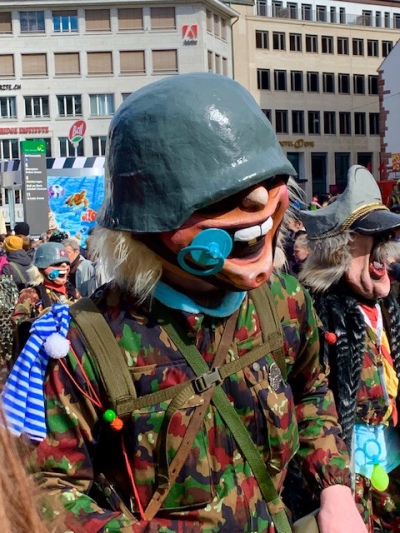 On Monday we went to the parade starting at lunchtime. I had my alarm set for three to go see the start at four, but the need for sleep won. The parade showcased the different groups and their bands and the various lanterns were carried around. What I loved seeing was all of the mimosa blossoms on the wagons. They were so fragrant and occasionally they would be given out to the spectators. Candy was thrown to the kids as well as fruits and vegetables which can hurt by the way if you happen to not catch it. Some kids went with big bags and scooped up all the candy they could which reminded me of Halloween in the US. 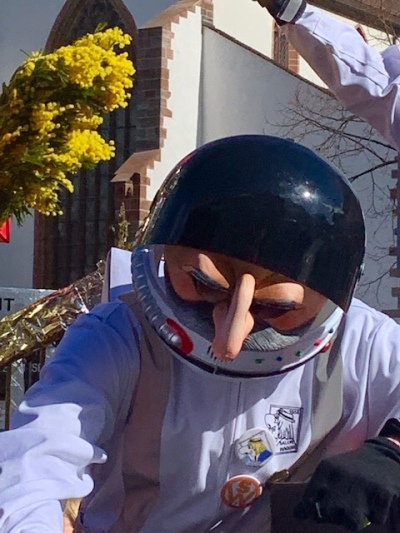 The second day we went to the children’s parade which was adorable. Later that day we walked to the area of town where all of the lanterns were being displayed. Dusk came and the lanterns came to life as they were lit up. I could make out some of the messages in the artwork, however some of the more locally politically directed lanterns left me wondering what exactly they meant. Some seemed racially directed, several were obvious about the new phase of global geopolitics we find ourselves in and others were celebrations of milestone events. It was a great first experience. Now that we know the many rules of attending Fasnacht, I am sure that next year will be even better. 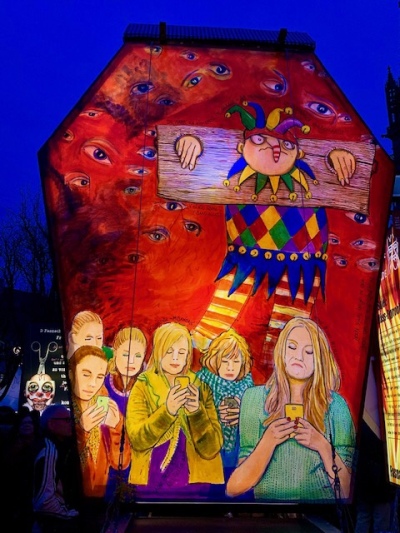 In other news, we finally got the keys to the house and the movers have already unpacked all of the boxes. Here are a couple of pictures of the empty house and a surprise guest – the friendly neighborhood cat. Can you believe that it actually came into the house and wanted to wander around? My son was thrilled. 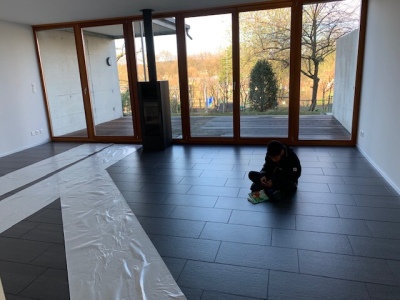 As you read this we will finally be living in the house and trying to set up the rooms and a routine.

Perfume will come back next time.

How have you all been doing?
Oodles of kisses,
Sandra xo

34 thoughts on “My Fasnacht Experience and Moving In”