The new year is here. Amusingly my week felt less hectic than normal, it wasn’t. Loads of scent, peeps, outings and Jin time made it a perfect storm.

Jin was up at 4am and woke me as he left. I took a while to fully wake but it was really early for my regular timetable nonetheless. I have answered all the APJ comments, emails, FB and now I’ll lie in front of the TV for a while and veg.

Went back to sleep till 3pm. WOW! That was unexpected.

Jin and I decided against any major revelry because he starts work at 5am tomorrow. Leaving home around 4am.

We went for dinner at Outback Steakhouse at 5pm! It was sensational. We were almost the only customers and they treated us like royalty. Food was delicious and yes we had the onion thing, SO GOOD! 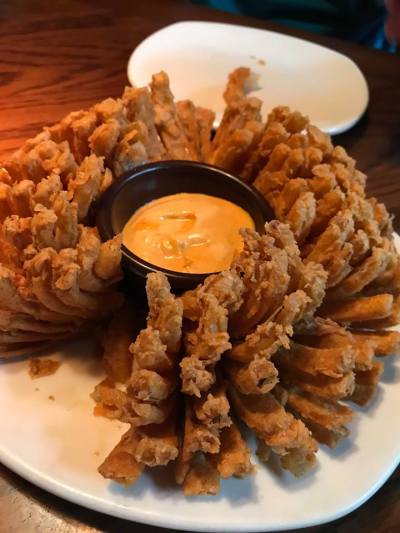 Home and watched the 9pm fireworks on TV.

Jin went to bed and I walked the dogs through the cool evening and drizzling rain. Heavenly.

Watched TV till midnight fireworks. The two pics below were taken of my TV as the fireworks happened. They look like impressionist paintings to me.

Woke up and the dog walk was sweaty. You know it’s hot when you walk three blocks and you’re sweating like a footballer.

I have a bunch of blog organising to do so made myself a cuppa and going at it. 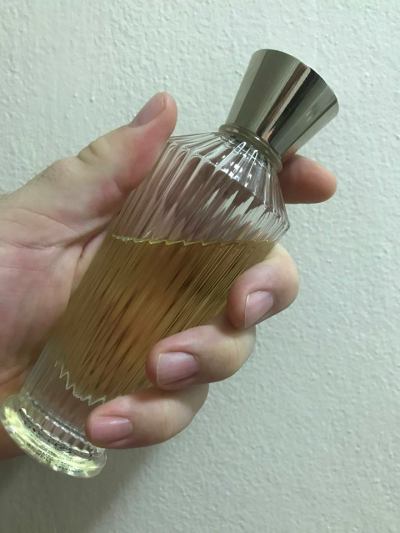 At about 2pm I decided that enough lounging was enough and started cleaning the house. I can only do it in 20 minute bursts because I’m sweating so outrageously. In my underpants! It’s like a sauna here in Sydney. 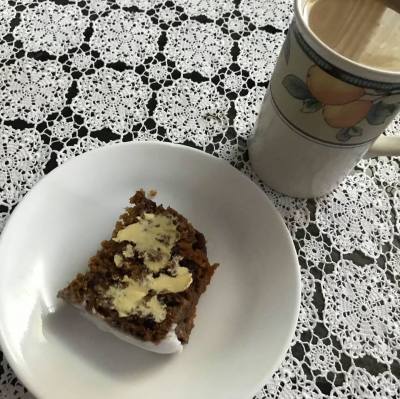 Came home and Jin went to bed. I fed myself, the dogs, walked them and then came in to the computer to get some stuff done. A couple of hours and things seem to be slightly more in order.

Read some more Tuesdays With Morrie and hit the hay around 2am.

Up and out by 9am this morning. 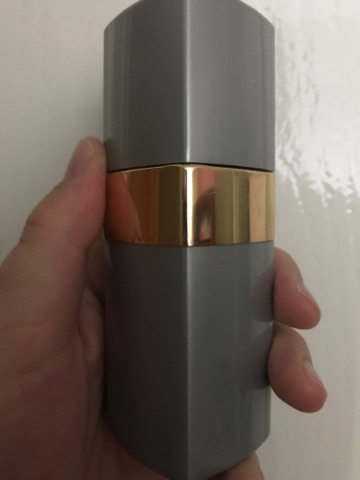 Met Evie, Mum Chaloner and Lola at the gallery. We saw the Hermitage! Buying a multi pass was the best idea ever. I think I’ve brought five sets of people to see it so far. We had lunch afterwards in the Members Lounge.

Came home and cleaned the house. The sweat was pouring off me while scrubbing the bathroom and vacuuming. Did a couple of loads of washing and then collapsed in the heat.

Jin, Kath and Tina were at ours for dinner tonight. I made us Chicken Tortillas and soft Tacos. Well, I did the ingredients and everyone made their own. They were yummy and healthy. We all had a chat and it was very low key fun. TBH I think we all might be a little bit tired. I even forgot to take pics, soz. 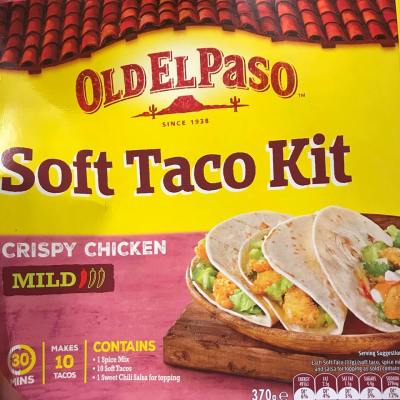 I’ve misplaced something. It’s VERY important and we turned the house upside down looking for it. Both Jin and I frantic, sweating in the heat and calling on all our sadly shithouse memory to remember where I said I put it. We were still up at 2am looking when we called a halt. It’s in the house, we will find it, it may just take some time.

Woke up, even with the A/C on dry mode the apartment is warm and I awoke damp with sweat. Sleep had not brought me the answer to where this lost thing is. More looking today but not so frantic. I keep having flashes of where it might be and running there to look. Due to this a load of places have had a thorough cleaning out. So kind of a win.

We had some trouble with AmEx too. All on speaker phone so I heard it while trotting around trying to find the lost thing.  No biggie now but one of their telephone attendants was giving Jin contradictory information and wouldn’t be told that it was impossible for both sentences to be true. Then he got really condescending and rude to Jin who completely lost his ability to speak English. I had to step in. When we got off the phone from him we called AmEx asking to make a formal complaint about this buffoon, they transferred us back onto him. How weird is that?

Jin is sleeping because he is back at work tonight for Night Shift. 6pm-6am.

On and off all day I’ve been throwing fragrance on myself. There is not a spare inch of real estate left for fragrance. I smell amazing, the dogs aren’t convinced. I smelll so strongly that I was going to IKEA tonight but decided against as my ferocious sillage would scare children.

Walked the dogs a bit late at 10.30pm. Hitting the warm, humid night air and wandering around gave my scent a whole new lease of life and I realised how TRULY FRAGRANT I am. Terrifying.

Now that Jin has gone off to work I’ve turned off the A/C and sweating softly into the night.

Slept in till nearly 10am. It is hot and muggy today. Came to the computer and did my blog commenting and checked all the other apps.

Jin woke and we went straight to the gym. It was nice to be back after a weeks absence. Interestingly my strength has increased in my abs since this adventure began.

Then we sort of flopped on the couch and stayed there. 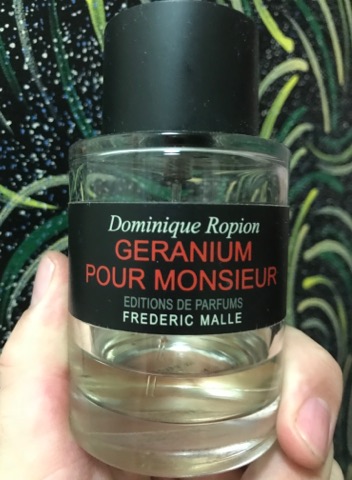 Got to IKEA tonight and grabbed a floor anglepoise lamp for only AUD$79. Prettyy damn chuffed about that. It was nice being in there after 7.30pm and it was OBLY adults in there shopping. TOTALLY different experience without kids.

This evening was a bit cooler. Walking the dogs was lovely but I kept walking into spiders webs. In Australia none of the web spiders are deadly but their bites can be painful and annoying. I squeal like a girl every time and jump around like I have St Vitus’ Dance.

SOTBed: Jonquille de Nuit by Tom Ford. Thunked the last 1ml+ of a decant. The opening and early heart lean quite medicinal with an odd strawberry ice cream vibe. Slowly it all flattens out into a scent that’s green and daffodil-esque but which smells like the entrance to a swanky hotel on me.

Cruisy morning. Did a little whip round the house to spruce it up.

My girlfriend Georgie came over for lunch. We had a wonderful chat and reminisced. Jin was home and we all spent a lovely few hours talking of everything from careers, bullying, depression, suicide and life. The trials of single parenting in Sydney, honesty, relationships, monogamy, polyamorousness, money, family and friend networks all got a look in too. All done with simple food, some Moet and love. It was an excellent afternoon.

Just by the way, how cute is my boy Paris? 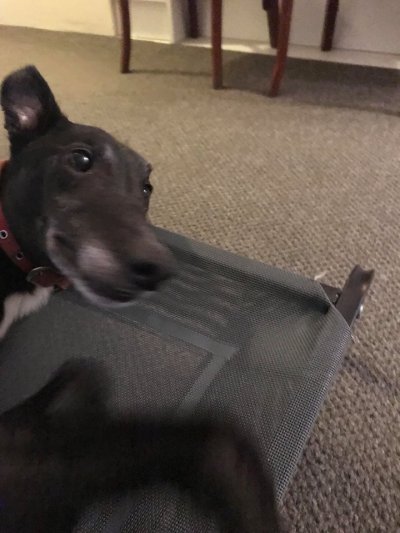 This evening we had a spectacular thunder storm. The temperature dropped from 38C down to 28C in minutes. Then RAIN! Buckets of it. Heavenly.

Spent the evening blogging. I love to get into the flow and just write my heart out. That is really satisfying for me.

Had a bubble bath then might have spritzed some Guerlain Shalimar EdP.

It’s so blissfully cool this morning. Walking the dogs was a real treat. We saw this glorious Pink Flowering Gum in full bloom.

We were supposed to go around to BFF Kath’s Ma & Pa’s house with Chinese Take Away for lunch but they’re both feeling crook. Jin and I bought it last night because the store doesn’t open till 5pm today. So we had stove reheats for lunch and made up packs for Ma & Pa, Alice and Kath. there’s still enough for Jin and I to have another meal. YUMMY!

We went and saw The Favourite with Alice & Kath. LOVED the cast, got a few laughs but HATED the movie. What a smoking pile of shit. At the end I involuntarily said, quite loud, “Thank God that’s over.” To a slew of appreciative chuckles from all around. 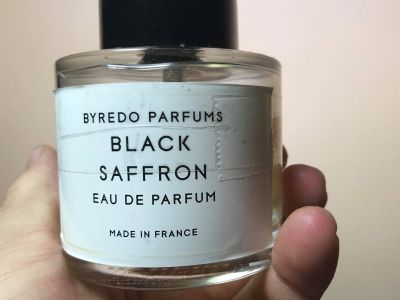